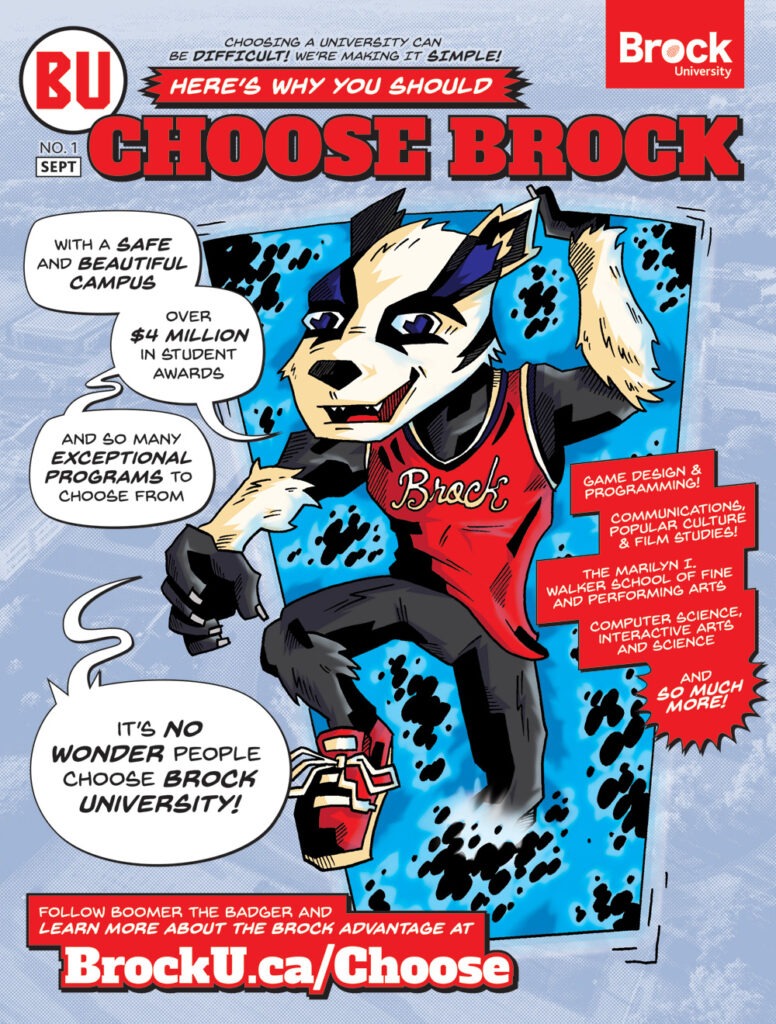 One of the perks of the Brock’s booth package for Fan Expo is the opportunity to create a full-page ad for the Fan Expo program. The ad was pencilled and inked by hand, digitally coloured and lettered, and mimics the covers of DC comics from the 1970s.

The ad also doubled as the cover for comic book that we gave out at the Brock booth throughout the weekend. As almost every attendee received a program, there were a lot of eyeballs on my work.