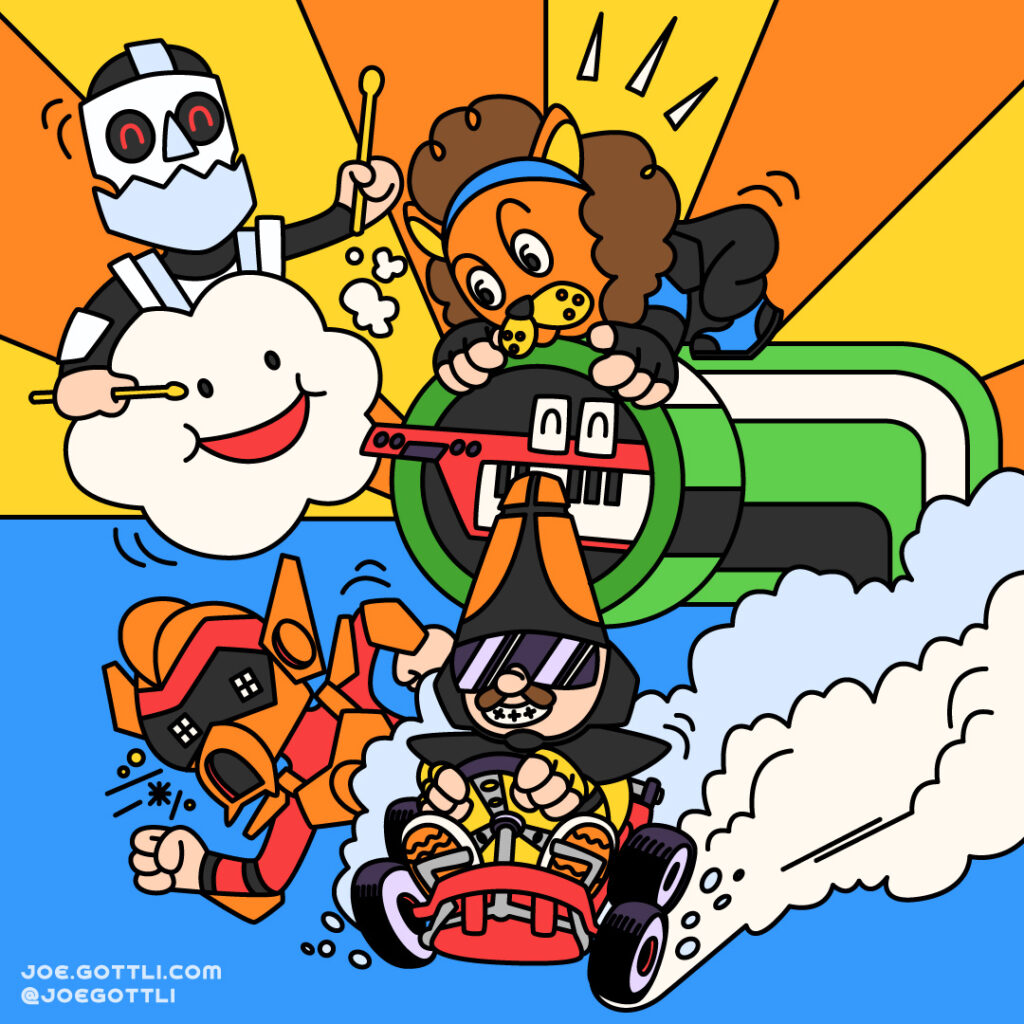 More Spotify Wrapped illustrations! Apparently, I was one of the first 10,000 to stream the new TWRP album, Over The Top, and it’s been on a steady repeat ever since then. Every one of their releases is full of positivity and fun, and their newest is no exception. I’ve seen them live three times now, and they always bring the house down.

The fine folks in TWRP take a lot of inspiration from video games – hell, they play them in between songs on their Twitch show – so it felt right to illustrate them in a classic Nintendo arcade cabinet style. Put on Grand Prix and just stare at this pic. You’ll get it.